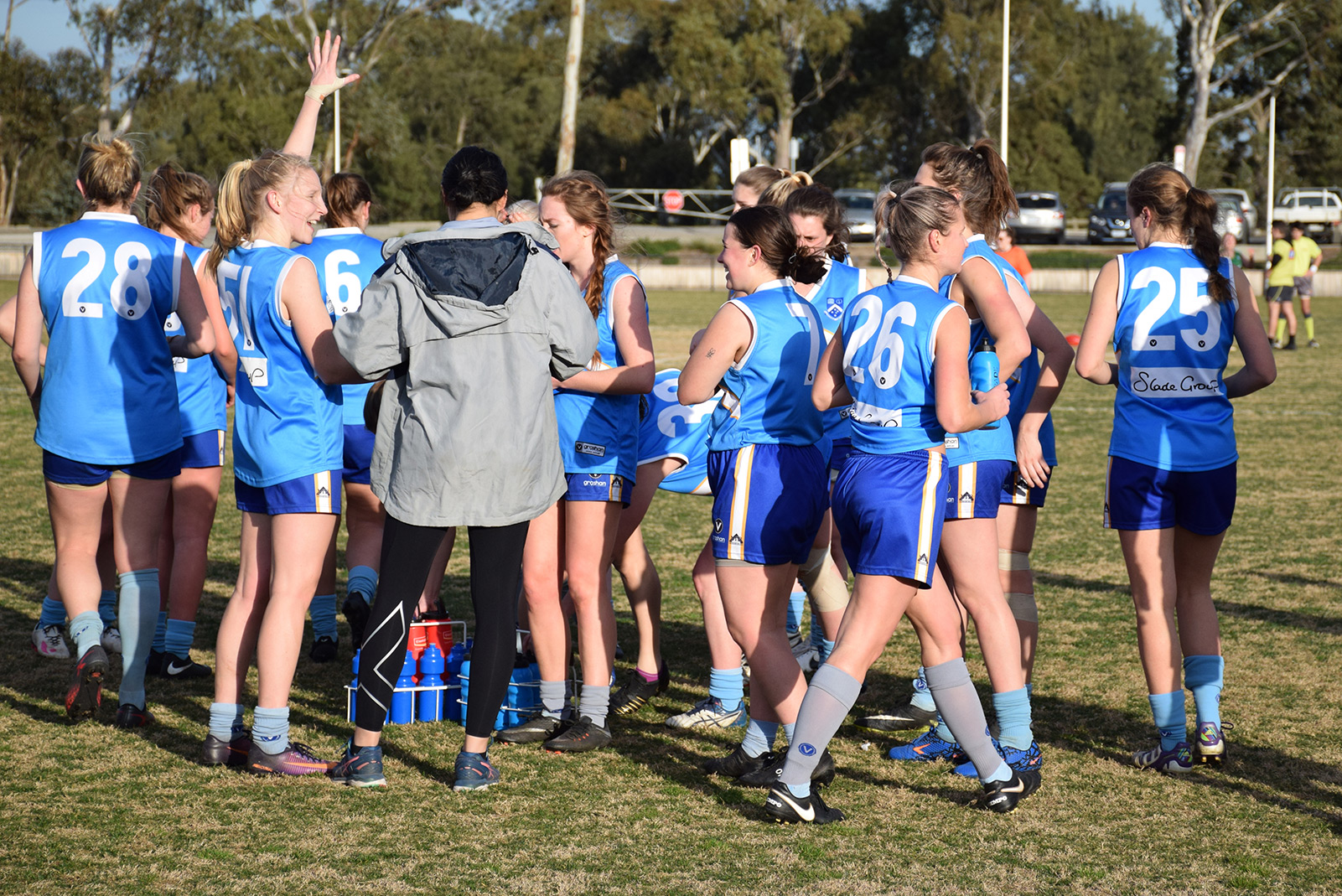 Ella Stephenson grew up playing netball, but had always loved footy. So in 2016 when the Victorian Amateur Football Association (VAFA) announced they were launching a women’s competition, she was keen to get involved. “My older brothers had played footy with Monash Blues and I was studying at Monash University,” Stephenson says. “A friend from Uni was already involved, and she got me down to the club.”

After performing well in the grading games, Monash Blues Football Club (MBFC) were placed in the second tier of the women’s competition. Although they didn’t win many games in 2017, strong interest in the team generated registrations from 100 female University-based players, which has seen the club expand to two women’s teams in 2018. The Women’s Firsts team had a great season this year, which saw them finish in the preliminary finals last weekend.

As Captain of the Firsts, Ella has firsthand experience of the benefits that joining a football club like the Monash Blues offers, both on and off the field. It’s universally acknowledged that playing a team sport like football is so much more than running around an oval and kicking a football.

Here are the top six reasons to join a football team or any other sporting team:

MBFC has a fantastic alumni network, with many current players and past players assisting younger players in entering the workforce. Whether it be through industry connections, helping with resumes and cover letters or applying for jobs, there are so many people willing to help. Ella says that’s one of the reasons that makes the Monash Blues such a great club. “I was in the final year of my course last year and had some great support from club personnel in helping me find a job,” she recalls. “I only knew one girl and a couple of the boys involved at the club before I joined and have since met lots of new people and made lasting friendships. I think sport also offers students a great opportunity to develop their teamwork, leadership and public speaking skills.”

The players juggle study commitments with training twice per week, games on Saturday, as well as casual or in some cases, full-time work. During the six week mid-semester break, a number of students from regional Victoria return home, which can severely impact the team. Over this period many players drive great distances to support the club and ensure they don’t miss a game.

Coach Ian Mills agrees: “Sport is an outstanding release from the pressures of study and work. The old saying ‘Healthy body, healthy mind’ holds true as far as I’m concerned. There are times after a long day at work when it’s hard to drag yourself off to training, but I always leave reinvigorated by the girls, as they are so keen to learn and improve.”

These young women have found a way to escape, exercise, learn the value of teamwork and develop a network to support each other through university, the workforce and beyond.

Slade Group and the Interchange Bench are proud sponsors of the Monash Blues, a football club that fields men’s and women’s teams of current and past students. If your organisation is looking for graduates or can support university students with work placements, please get in touch with us.